It’s over! My 20 days of living on my benefit entitlement finished yesterday. The end was a bit of an anti-climax because I thought I still had another day, so wound up skipping breakfast due to lack of bread and only noticing I was good to break out the real coffee when someone at church asked if I was enjoying my freedom. The truth is, I actually wound up in fake debt at the end of this, but more on that later.

This week was the best so far in terms of food. I ate pretty well and have wound up with a lot of food left over, which I wasn’t expecting when I started this thing. I have curry, soup, chilli and stew in the freezer that I might never eat because I’m not sure I can face it. Two tins of chopped tomatoes left over. I even have a real life parsnip in the freezer and over half of a pumpkin. A lot of rice. It is amazing how far rice can stretch.

Yesterday, I revelled in my freedom by drinking coke and beer and middle class coffee which are so… frivolous. It’s impossible to justify a can of coke when your financial situation means you can’t even get a bus somewhere if an emergency comes up. Tonight, I’m celebrating with a pizza and a bottle of beer. The pizza cost £2.00 and the beer cost £1.20 which, on my general budget, is not a lot. More than my average meal but not… extravagant. It would be totally unthinkable on last week’s budget, though, and both tasted so, so good.

Added up, that left me with a massive 10p to spare, which I don’t think is too bad really. This whole thing has definitely taught me to stretch things out. I used the chickpea juice in my tin of chickpeas because, hey, if you can make freaky vegan merinuges from chickpea juice they must have some nutritional content (don’t question the logic). I bought 4 pints of milk with the intention of freezing some of it (it’s 75p for 2 pints and £1 for 4; that’s a big difference when you’ve got no money), before realising I didn’t have anything to freeze it in. I wound up washing out my previous bottle of milk to use as a freezing vessel. Honestly, that whole thing has been a total disaster, because milk bottles don’t freeze well and they definitely don’t defrost well (read: I have milk all over the fridge and now my defrosted milk is in a glass and is probably going to go off because it’s not sealed but maybe cling film will save it). I’ve learnt you have to plan and to buy vegetables by weight to avoid bulk payments and not to spend your buffer until Friday/Saturday. By this week, I was confident I could get by.

The reason I failed my twenty for twenty is because my phone broke. It broke on Tuesday, right before I was off to London to have a glorious evening off as a tribute for the 2016 TRI Awards where one of the managers in my team at CAP won the Insolvency Manager of the Year Award. We got to spend a lovely evening at the Hilton on Park Lane with this incredible lamb two ways, salmon, caviar and wine. It was such an amazing break from celebrating every measly cup of tea and putting lime wedges in hot water to make it taste better. It was also technically free (but, yes, I feel this was also cheating a little bit – this was pretty much the only time I accepted any free food though) and, by the end of our lovely evening, my phone was essentially dead. 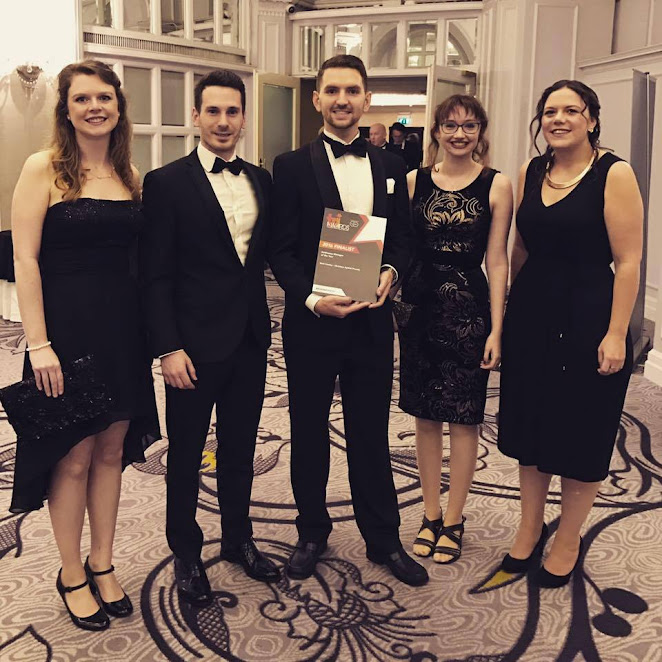 It broke on Tuesday. I broke on Friday.

The irritating thing is I usually have a spare. I just didn’t this time. I have an insurance policy that I didn’t even think to include on this budget… but it’s in my mum’s name and would have taken a while to resolve even if she wasn’t on a cruise. There’s an excess that is twice my weekly budget, too, so including it and the insurance wouldn’t have helped. So, I bought a spare phone. It was £10 with a free £10 worth of credit that I didn’t really want but will probably be useful at some point. Its astonishingly crap but it does the job.

I wouldn’t have been able to do that on my budget (I had £1 left at that point) and I guess that’s the big problem with this whole thing. It’s not like I was buying an iphone off the cuff. I just wanted some kind of device that meant I could call my sister or my friends or the police or something. I don’t have a landline so I do kind of need a phone. You can’t call 999 on a laptop.

(This is extra intensified by the fact that, as I left no money for this weekend, I spent my £1 buffer on glue in order to scrapbook alone in my flat in front of yet more Gilmore Girls. Doing that without the ability to text anyone was not welcome).

That’s the problem, though. It’s okay to live on £13.77 a week for 20 days. It’s okay to live on £13.77 a week if you know it’s going to end. It’s okay if you can have a plan for every single thing you need to buy. It’s not feasible to live on it long term, or even an unlucky short term period, because there are so many other expenses that I would genuinely need to spend at some point. Clothing. Travel. Stationary. A phone. A birthday present. The £275 utility bill my previous provider is trying to charge me for one month’s electricity. There’s no security or stability. If something comes up that costs more than £13.77 then you can’t buy food that week. If some extra bill of more than £13.77 came up I’d have to ask someone to borrow the money. If you have savings whilst on benefits it’s deducted from your entitlement (on savings over £6000, which admittedly is enough to be a decent buffer for a while) so that you live on those savings until they’re dry. It’s no wonder that people on low incomes can end up in debt so easily.

I’m back to my real life with new added appreciation for a lot of things. The ability to go into a supermarket with just a rough idea of how much I’m going to spend, rather than a list, a plan, predicted prices and a calculator, is such a freedom. The fact that if I’m out and suddenly thirsty… I can just buy a coke or a coffee and not worry about it is amazing. Buying lunch out when I don’t want to eat my packed lunch. Wine.  Chocolate. Going out for drinks with colleagues. Having a separate budget for meals out. Being able to get on a bus and visit my friends because I want to. Not having to plan for the fact that I’m going to run out of shampoo this week. The incredible freedom of knowing that, if every single thing I own falls apart, I have a safety net waiting for me to dip into.

I don’t really know what it’s like to live without that but even twenty days of constantly thinking about food and money and whether I can afford to go and see my sister takes up so, so much head space. I have been hungry and a little miserable but mostly I’ve been borderline-anxious and, for me, this wasn’t even real.

Now, excuse me whilst I go and never eat 36p Aldi bread ever again.